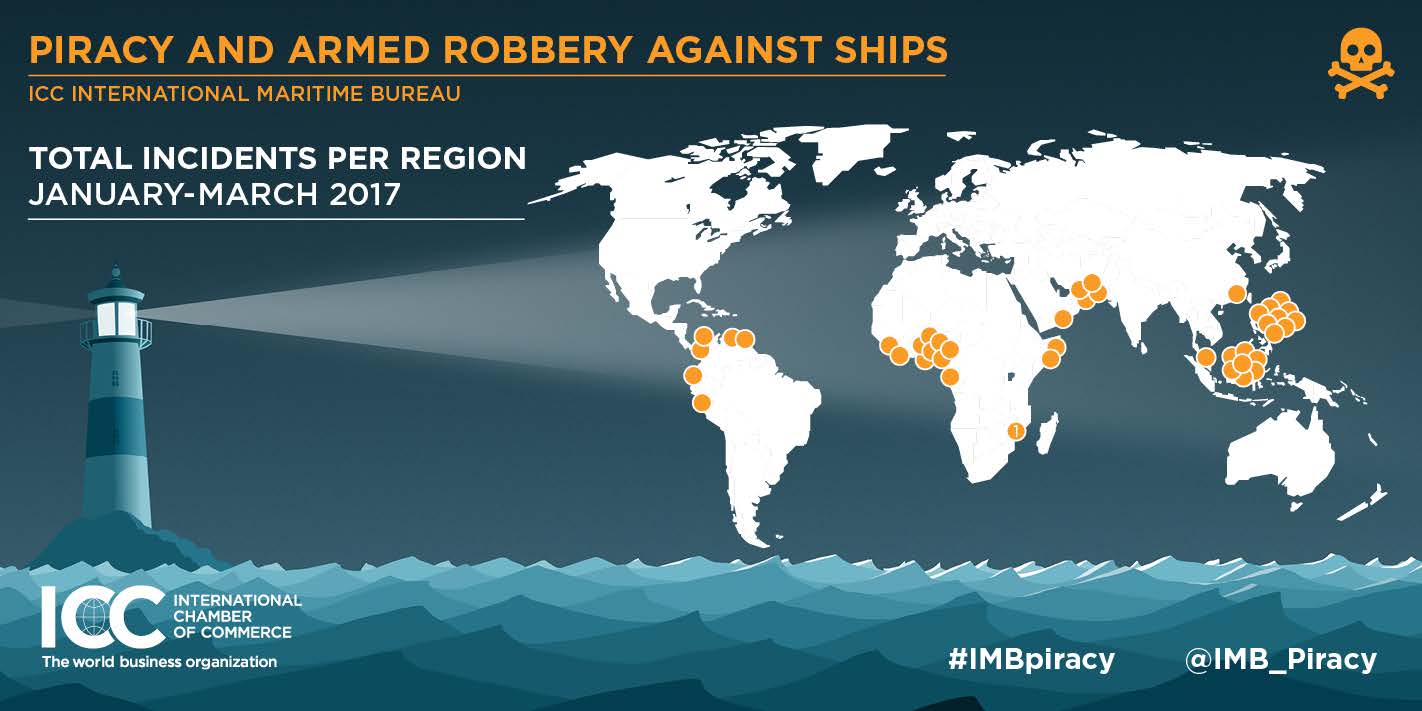 Pirates and armed robbers attacked 43 ships and captured 58 seafarers in the first quarter of 2017, slightly more than the same period last year, according to the latest ICC International Maritime Bureau (IMB) piracy report.

In total, 33 vessels were boarded and four fired upon in the first three months of 2017. Armed pirates hijacked two vessels, both off the coast of Somalia, where no merchant ship had been hijacked since May 2012. Four attempted incidents were also received.

Six crew members have been kidnapped from a general cargo vessel off Nigeria, according to ICC International Maritime Bureau’s (IMB) report. Pirates boarded an unidentified ship while it was underway around 21 nautical miles south of Nigerian Coast on May 17. Following the attack, pirates escaped. The remaining crew sailed the ship to Bonny anchorage.